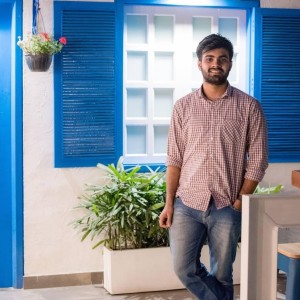 I'm a tech enthusiast who loves talking about new gadgets and innovations. I love travelling, particularly to places not frequented by tourists. In my free time, you will find me beating the phone at PUBG Mobile or streaming new highly-rated TV series.

10 Best Cable Alternatives You Should Use

Since 2013, cable companies are on a decline and have been losing customers significantly. The answer to the mess can be pointed to exorbitant fees and long-term contracts forced on the user. In such a scenario, people started looking for cable TV alternatives and now, we have reached a tipping point. At present, 69% of people are paying online streaming services in comparison to 65% of people who still use cable TV. That’s for the first time, internet users have surpassed the traditional cable TV users and that is a great development. So, if you are also looking to jump the bandwagon, here we have shared the 10 best cable alternatives which will offer you limitless content with all your favorite TV channels. Now without further ado, let’s get started.

The Best Cable Alternatives in 2019

Here, we have mentioned 10 alternatives to cable TV which offer a complete transition to digital space but keeping all the live channels intact. Most of the services offer live TV channels as you would get on cable TVs, but some of them are solely video streaming services with their originals and exclusive content. Depending on what you want, you can choose the service best suited for you. Now having said that, let’s go through the list.

Sling TV is among the best alternatives to Cable TV simply because of its low subscription fee and a good selection of popular channels in the base plan. Generally, you would find that service providers will offer you a great range of live TV channels, but it will be short on either sports, news or international channels. Sling TV brings all of that in an incredibly low package of $25 a month. It includes the ESPN network, NFL, The Food Network, CNBC, BBC, and 33 other channels. And that is not all. You don’t need to pay for the installation fee or buy any extra equipment.

If you want more channels, you can go for the Blue plan which costs you $40 and brings 29 more channels which include HBO, Starz, and Showtime. How great is that? And I have not yet mentioned that Sling TV also comes with DVR (Digital Video Recording) support. The only downside is that you can’t stream simultaneously if you are subscribed to the base plan. Simply put, if you have recently cut the cord, Sling TV is the best cable alternative you can opt for.

Hulu is another great Cable alternative that offers much more than live TVs with its originals and on-demand service. While Hulu has three plans starting with basic at $5.99 per month, I would say just go with the live TV plan as it includes everything from basic to premium. Granted, the cost is around $50, but you get more than 60 channels from sports, news, and entertainment including ESPN, Fox, and Disney. There is also a huge list of movies and shows available in the Hulu library which you can access for no charge.

Apart from that, you get access to current TV shows, kids shows, classics, and of course, Hulu Originals. And unlike Sling TV, you can simultaneously stream on two devices so that is awesome. Not to mention, you also have DVR support with excellent quality. To conclude, if you want a complete experience of cable TV, but through streaming services then Hulu fits the bill quite right. You will not miss a thing for sure.

YouTube TV is my next pick for replacing cable TV completely. It comes with more than 70+ live TV channels having content from sports, local news, and entertainment. The best part is that, just like Sling and Hulu, you don’t need to buy any box or sign up for year-long contracts. The subscription starts at $49.99/month and that is about it. You get all the popular channels like CNN, ABC, Fox, Disney, HGTV, NBA and more.

Sure, in terms of the subscription fee, it’s almost similar to cable TV, but you have the flexibility of watching shows and games anywhere you want. You can share your subscription with six other family members (3 simultaneous streams) and that makes it even more affordable. Also, if you want the best cable alternative for DVR then YouTube TV nails it. You can keep your recording for 9 months unlike 28 days that most providers offer. All I can say is, if you want the best service for DVR and overall selection of channels, just pick YouTube TV.

Check Out YouTube TV (Free trial for one month, Starts at $49.99/month)

As it’s already known, DirecTV is a subsidiary of AT&T and offers on-demand live TV channels more than any other company. It offers a number of different plans– categorized as packages with a base plan of $59.99 per month having more than 155 channels. That’s absolutely bonkers, right? From ESPN, CNN to HBO and Showtime, you are covered on each channel and segment. In addition, you also get access to on-demand content from its huge library of movies and shows.

With everything so perfect, what is the issue then? Well, as it’s AT&T, there are hidden fees and a two-year contract which basically defeats the purpose of cord-cutting. But having said that, DirecTV is truly a great service when it comes to premium content. The cost is high, so are the number of channels. To put it straight, if budget is not a bar for you, just go with DirecTV. It’s well worth the price.

I have specially mentioned FuboTV for people who regularly watch sports. It’s ranked among the best cable TV alternatives for sports enthusiasts and rightly so. You get almost 90 sports network channels including NFL, NBA, NHL, MLB, and more. However, there is a glaring omission and that is ESPN. You don’t get ESPN on FuboTV and that is somewhat disappointing. However, the company has made clear that in the coming days, ESPN will be added to its channel catalog along with some Disney channels. Apart from that, you also get small bundles of news and entertainment channels which might come handy if you are not in a mood to watch sports. All in all, FuboTV is an excellent replacement for cable TV given that you can watch your favorite sports anywhere you want.

If you are looking for the cheapest alternative to cable TV, let me point you to PlutoTV. First of all, PlutoTV is completely free and does not charge anything. No hidden fees or credit card requirements. So, how does it work? Well, PlutoTV is supported by commercials that are played for 15 to 30 seconds while you are watching a show or movie. I know it’s annoying, but if you are getting something for free then you can very well put up with a few seconds of ads.

Now talking about channels, PlutoTV offers more than 100 live TV channels including CNBC, Fox, MTV, History TV and more. You would only find the sports section lackluster, but except that, almost all the sections have a great number of channels. Also, there is an exclusive library of movies and shows which you can watch on PlutoTV free of charge. Simply put, you could not have asked for a better cable TV alternative than PlutoTV for free.

Amazon Prime Video is more of a video streaming service than a live TV platform. Nevertheless, Amazon is trying hard to bring live TV services on its platform especially sports channels. A few months ago, Prime Video started showing NFL games every Thursday night and following that, it has added a host of sports channels.  Some new channels include CBS and all its network access, PGA and NBA League Pass.

On top of it, you also get an on-demand library of thousands of movies and shows without any additional charge. Not to mention, the additional perks you would get while shopping on Amazon. The only downside is that you will have to pay an extra fee if you want to access premium channels like HBO and ShowTime. Nevertheless, the added benefits that Amazon Prime Video brings with a singular subscription is massive. If you want to watch original content created by Amazon with a healthy dose of sports channels and licensed content then Prime Video is simply a no brainer.

Netflix needs no introduction as it has been one of the crusaders against cable companies and a vital platform to encourage cord-cutting. So, if you are going digital, you can’t give a miss to Netflix. It has a long list of highly-acclaimed movies, shows, and documentaries to its name. At present, Netflix has become more of a studio– similar to HBO– than a video streaming platform. So, you get excellent content with remarkable stories that are a far cry from mainstream Hollywood. Of course, you won’t get live TV channels on Netflix, but that’s not what it is. Apart from that, Netflix has licensed content from major studios including HBO, Fox, Warner Bros and more. To put it straight, if you care for high-quality content, you can get Netflix and I am sure it won’t disappoint you.

Disney+ is the new entrant in video streaming space and it has already made quite a noise rivaling Netflix and other competitors. For years, Disney was distributing its content, but now they have brought their own platform. You can watch all the Disney, Pixar, Marvel, Star Wars and National Geographic content from one platform. How amazing is that? And not just that, you also get access to the library of classics that Disney has painstakingly created over the decades. Shows like Snow White, Seven Dwarfs and Pinocchio are available in the classics section.

Disney is not just trying to monetize nostalgia, but also creating new shows like The Mandalorian which is a web series based on Star Wars Universe. Looking at the size and quality of content, I am sure Disney+ is one of the best alternatives to cable. You can watch all your favorite shows and movies, relish childhood memories whenever you want. That’s a huge win against the traditional cable companies. Also, you can access Hulu and ESPN+ network with an add-on plan. So, if you are cutting the cord, make sure to include Disney+ in your subscription bundle.

There are currently two ways to access HBO content– HBO Go and HBO Now. The main difference between the plans is device compatibility. Since HBO Now has support for a wider range of device support, I would recommend you to go with this plan. Also, HBO has announced that they are bringing a new HBO Max streaming service which will rival Netflix and Disney+. Nevertheless, at its current form, HBO has lots of content to offer: from Game of Thrones to Chernobyl, you always get top-notch quality. So if you are looking to move from Cable, getting an HBO subscription is a must. It will cover almost everything that you watch on your TV. And the upcoming HBO Max will make it even better with a large catalog of HBO original series, films, documentaries, and classics. So to sum up, if you are an avid fan of HBO shows, get a subscription and be done with it.

So those were our picks for the best cable alternatives you can try out. Generally, the average cable bill hovers around $100 so I have tried to include plans which cost lesser than $100 and also offer on-demand service. Apart from that, you may have to pick multiple services depending on your content preference so go through the article thoroughly to find the best replacement to cable TV. Anyway, that is all from us. If you found the article informative, do comment down below and let us know.